If you’re a follower of the Cannes Film Festival you will no doubt know of Charles Williams and his Palme d’Or winning short film All These Creatures, which shares an important story about a young boy coming to terms with mental illness in the family. 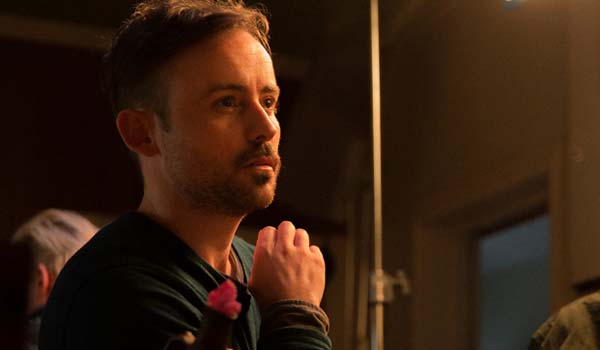 We were lucky enough to ask director Charles Williams about the making of his film currently sweeping awards at festivals all over the World, as well as how it feels to be the winner of one of the most prestigious film prizes around.

All These Creatures is a powerful and mood dripping short film about mental illness. Do you believe the medium of short film was better suited for this subject matter? If so/not, how did you use the limited runtime to your advantage in creating a focused vision?

I think the short runtime makes it very challenging to create a nuanced portrayal of complex subject matter. When dealing with an issue like this, so inexplicable and with so many incredibly significant implications, it poses some great creative challenges – however I think this is why it is often left unspoken and I wanted to take it on.

I’ve heard that you built the film around the casting process, rewriting the script to accommodate the fantastic Yared Scott. Can you tell us more about how the film changed from conception to principal photography?

I had written the story so it was seen through the eyes of an adolescent, kind of like a vessel for the audience. This is essentially a passive character and required a rare mix of compelling innate qualities that was going to be very hard to find for someone of that age. It occurred to me that imposing restrictions on race and gender for this role would make it much harder to find this person, and I knew if I found the right soul I could rewrite the script around whoever this was. 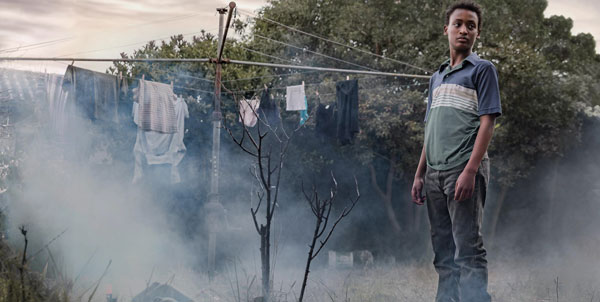 After looking at hundreds of kids our last round of casting consisted of a girl with Zimbabwean heritage, a boy from Scotland, two Anglo-Australian boys and Yared Scott (who has Ethiopian Australian heritage).

Once I landed on Yared I brought on 4 different Ethiopian Australian advisers from the local community to advise on the script and also the production to make sure what I was doing was accurate and sensitive to their culture, and this was just a gift. They were all so incredibly supportive and helpful, mostly in just giving me the confidence to tell the story – and in showing me how incredibly similar our own stories were.

The motif of insects and bugs is used throughout the film, and is even talked about in narration as well as the Title. Can you give us more insight on why these motifs are important and how it ties into the overall story?

There’s really two aspects to this. One is that I think we understand this natural phenomenon without assigning guilt to it or blame, it is just a mysterious illness or infestation that takes over the environment. I wanted that feeling to permeate the film, so the audience might feel the same way about our characters.

The other elements is that I knew it would be a very cinematic way of portraying the issues of the film, using sound and atmosphere to make the audience feel the characters’ psychology, rather than conveying it through dialogue. 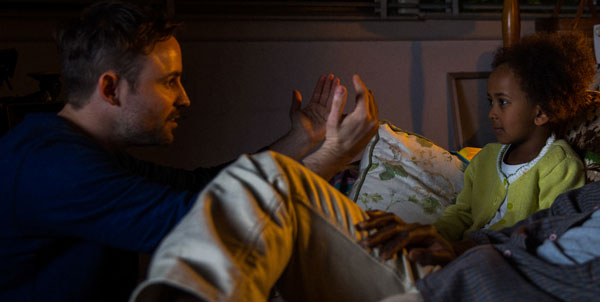 Narration in film can often be criticised, with the argument ”show not tell” often been thrown around. How do you think your use of narration avoids this and actually enriches the film?

It’s very difficult to do narration well and I was really aware of it in this film. The main thing for me was for the narration to provide an intimate perspective, and not really tell the story so much. It’s more about using the narration to hear the perspective of this character, which is not always accurate to what we see unfolding in the film.

Just getting the voice right is incredibly important and I went through another long search to find the right voice for this, something gentle and melancholic that could deliver the words without needing to act or ‘sell’ the story. 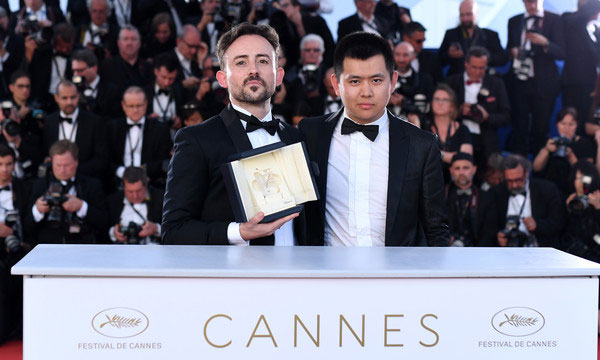 Congratulations on your recent Palme D’or win for Best Short Film at the Cannes Film Festival. Having the film being received so well, and therefore being exposed to a much larger audience, must have been a unique thrill. What was that whole festival experience and subsequent award win like?

It’s incredibly encouraging to say the least. Just seeing people respond to the film on such a deep level is really everything I could hope for. Being selected for Cannes and then being awarded the Palme d’Or means a lot to me personally, and of course it’s gives me a lot more legitimacy as a filmmaker in other people’s eyes. I can still hardly believe it and I want to make sure I can live up to it.

Finally, are you working on any future projects that we can look forward to seeing?

Yes after Cannes I basically been locked away writing for the past two months, developing the next draft of my feature ‘Inside’. The film is tonally and thematically very much like the short, but in a very different situation. It explores some of these themes from a different perspective and in a more dramatically tense environment. I’m also reading other scripts as well but this is my main focus.

All These Creatures is currently screening in film festivals around the world and will be featured at the London Film Festival. For more information about the film, visit: https://allthesecreaturesfilm.com/

Oliver is a Senior Reviewer for Review Avenue and has covered events such as Nottingham's Mayhem Festival and Manchester's Grimmfest for the site. He began writing for RA infrequently in 2014 before becoming a more permanent fixture at the start of 2017.
You might also like
Cannesinterview

by Matthew Singleton on September 2, 2019
In our first report from Melbourne's International Film Festival (MIFF), we take a look at Les Miserables (2019), The Souvenir, Sword of Truth and Ghost Tropic.
8.0

by Sean Burton on November 16, 2018
Vincent Lambe's Detainment is a wisely straightforward dramatisation featuring superb performances from its young leads of a country-shaking crime that's anything but.
Comments
Leave a reply

by Sean Burton on October 3, 2019
Fans of anthology horrors such as Creepshow and Tales From The Crypt will find much to enjoy in their 90 minute stay at Blackmore's lodge.
1245
5.0