Inspired by the 2005 Paris riots, and Ladj Ly’s short film of the same name, Les Misérables is a hugely topical provocative insight into the tensions between neighbourhood residents and police.

Les Misérables – released on DVD and digital on 30th November. 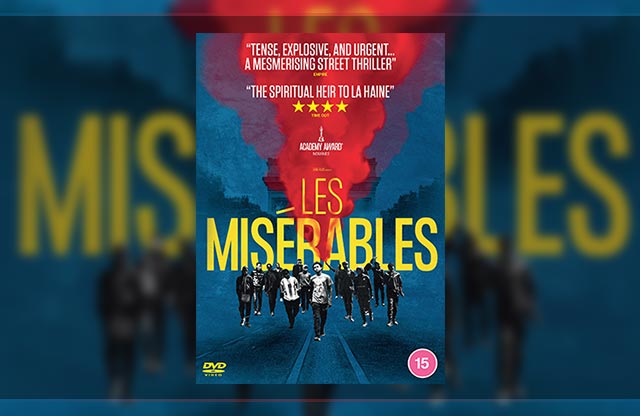 Les Misérables is a promising debut from an exciting talent, and it feels like a very important film for France right now.

Matt is a film critic from sunny Manchester, UK. He will happily watch the newest blockbuster or arthouse movie but either way having Ryan Gosling or Greta Gerwig in it is a definite plus for him. He has written for sites such as Film Inquiry and TiCGN and in his spare time he writes fiction and hosts the podcast, Idiots Talk History.
You might also like
CrimeDramaDVD/Blu-RayLatest Additions

by Sean Burton on December 6, 2020
The latest details on Daniel Craig as James Bond in his latest outing No Time To Die, including the trailer and current release date.
9.0

by Sean Burton on December 1, 2020
An unflinching and authentic portrayal of a young boy's descent into crime set in working class Britain is essential viewing for teens and parents alike.
7.0

by Sean Burton on July 7, 2020
For fans of low-key crime thrillers, the Coen Brothers' quieter cousin Arkansas sure is one to see.
5.0

by Oliver Woodings on June 20, 2020
Apart from a thrilling final chase, Lost Bullet is another forgettable Crime Thriller that could have done itself a favor by embracing a more playful and exaggerated tone.
3.0

by Oliver Woodings on June 5, 2020
May these be the last days of Netflix wasting our time with derivative nonsense.
5.0

by Sean Burton on May 19, 2020
A graphic and often unpleasant experience, Capone asks us to feel sympathy for the Devil without providing a convincing reason to do so.
Comments
Leave a reply