Manchester’s independent horror film festival Grimmfest has announced the films set to screen at this year’s event – and it promises to be the darkest, deadliest line-up to date.

Now in its 10th year, Grimmfest will be celebrating the past with a selection of old favourites as well as promoting the next generation of horror.

Let’s take a look at what’s on offer:

Barbara’s coming to get YOU

Grimmfest 2018‘s Guest of Honour is genre staple Barbara Crampton (pictured), who is attending the festival to introduce a special screening of the much-loved 1985 H.P. Lovecraft adaptation Re-Animator. Not only that, but Barbara stars in two other films screening at the fest, both of which making their regional debut: Puppet Master: The Littlest Reich and Dead Night. If that wasn’t enough Barbara for your buck, she is to be the recipient of the first ever Grimmfest Lifetime Achievement Award sponsored by The Horror Channel for her work – a thoroughly deserved accolade for sure.

Reunion Of The Damned

This year’s Grimmfest features a whole host of talent back for more after showing their work here in years gone by. Rob Grant, whose faux-documentary Fake Blood was one of our favourite films of last year’s event, is one such returnee and will be holding the UK premiere of his truly outrageous new movie Alive at the festival. Johnny Kevorkian, whose The Disappeared screened at the very first Grimmfest, returns with the Northern Premiere of the claustrophobic sci-fi horror Await Further Instructions (pictured), while there’s also the UK Premiere of Gothic noir I’ll Take Your Dead from Chad Archibald (Antisocial). The trio behind subversive superhero movie Turbo Kid make their triumphant return too with the nostalgia-but-not-as-you-know-it murder mystery Summer of ’84.

There’s a few reboots and re-imaginings on offer too, with the likes of Joko Anwar’s unsettling take on obscure oddity Satan’s Slaves getting its UK premiere at Grimmfest and of course the previously mentioned Puppet Master gets restrung for a new generation with The Littlest Reich from Scandinavian duo Sonny Laguana and Tommy Wiklund, which will also mark the films  first showing in the North. Attendees will be treated to the World Premiere of their latest short film, Mystery Box, as well so expect to see the pair back at the Fest in future.

Nightmare Cinema, an all-star anthology containing shorts from the likes of Joe Dante (Gremlins, The Howling, The Burbs), frequent Stephen King adaptor Mick Garris (Desperation, The Stand, Sleepwalkers) and, yep, past Grimmfest alumni Alejandro Brugués (Juan of the Dead) gets its UK Premiere here too, while sombre shapeshifter thriller Lifechanger is sure to move audiences in its Greater Manchester Premiere.

Festival Directors Simeon Halligan and Rachel Richardson-Jones’s debut feature, the dark psychological horror fable, Splintered, fully remastered, and in a razor-sharp new cut will also be screened in celebration of the festival’s decade of existence.

Dawn of the the New Blood

Not one to linger too long on the past, Grimmfest 2018 will be welcoming a horde of first-timers to the festival. There’s the European Premieres of Daniel Robbin’s Pledge, along with Oliver Afonso’s Girls With Balls (pictured).
The onslaught of Premieres continues with Clayton Jacobson’s horror comedy Brother’s Nest, Marc Martinez Jordan’s deadly livestreaming picture Framed and the savagely satirical Office Uprising from Lin Oeding all getting their first showings in the UK courtesy of Grimmfest.

Closing the festival is the Greater Manchester Premiere of the much-hyped zombie high school musical extravaganza Anna and the Apocalypse.

Grimmfest’s 10th edition will take place from the 4th to the 7th October at the ODEON Manchester Great Northern, UK, with a Preview Night taking place on 1st October at the Plaza Cinema, Stockport.

The full line-up can be accessed via grimmfest.com, where full festival passes, day passes and individual film tickets can also be purchased. 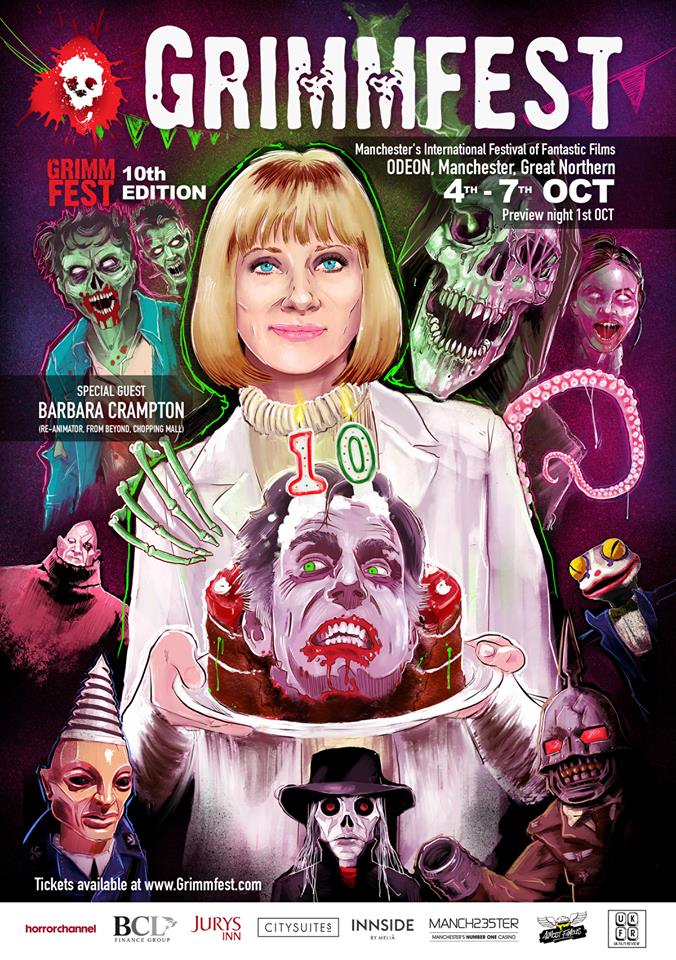 Creator. Owner. Maestro. CEO. That last one is probably a bit too much, but basically Sean is a rarity by being both the brains AND looks behind Review Avenue. Having established the site in 2010, he still can't believe people still value his opinion, with some even genuinely asking for it without laughing.
You might also like
AnthologyAsian HorrorBrit horrorFestival
6.0

by Sean Burton on October 3, 2019
Fans of anthology horrors such as Creepshow and Tales From The Crypt will find much to enjoy in their 90 minute stay at Blackmore's lodge.
8.0

by Sean Burton on April 6, 2018
Are you afraid of the dark? Then stellar anthology effort Ghost Stories will surely give you Goosebumps.
5.5

by Sean Burton on February 22, 2017
The real disappointment here is the fact that each of these were directed by women makes absolutely no difference to the final product; here we had a perfect opportunity to showcase, even show up, the dominant male directors.

The ABCs of Death 2

by Sean Burton on November 1, 2014
A much stronger, and more focused, instalment than its predecessor, ABCs of Death 2 is a morbidly great ride

by Sean Burton on January 25, 2013
Movie 43 is one of the weakest excuses for entertainment ever conceived.

by Sean Burton on March 11, 2011
With a refreshing story arc and a clever script, Trick 'r Treat certainly is more of the latter.
Comments
Leave a reply