Prometheus: Why The Hate?

Oliver Woodings looks at why mainstream movie goers didn’t take too kindly to Ridley Scott’s Prometheus, and argues whether it really deserved the backlash it received.

The second trailer for Ridley Scott’s new film Alien: Covenant exploded onto the internet last week and the masses of self confessed ‘geeks’ and ‘fans’ have taken their time to express their unbridled excitement in comment sections on YouTube and God knows where else. One thing seems clear: people are liking the look of this new Alien film. Then why am I feeling the complete opposite? Why am I worried beyond all heck that this film may be one of the biggest disappointments of the year?

That’s something I could ramble on about for a good long while, but I shall put myself on a short leash and stay on track. I can say that part of the reason I have my doubts on the film already is that these so called ‘fans’, who are gushing their hearts out over this upcoming release are the same people who saw 2012s Prometheus and ripped it to shreds. A film that I personally think is underrated and rather unfairly treated.
Let me tell you why.

I’ll be the first to admit that Prometheus is not a perfect movie. It has problems: many of it’s characters are throwaway or unlikeable, there are dumb cliché moments, and the whole final act goes off the rails. Yet even with rather significant bad points, I can’t help but really love the film. Prometheus, just like its plot, is bigger than its faults. It’s a film that challenges you to think. It asks lots of questions. Lots of BIG questions, and it’s even bold enough to answer some of them. But then it’s a film that also leaves you in the dark. Instead of bad writing or plot-holes though, these unanswered questions are purposefully placed, with only a few breadcrumbs that serve as clues to what is truly going on. But if all that I say is true and Prometheus really is a good film, then like my title asks: why the hate? 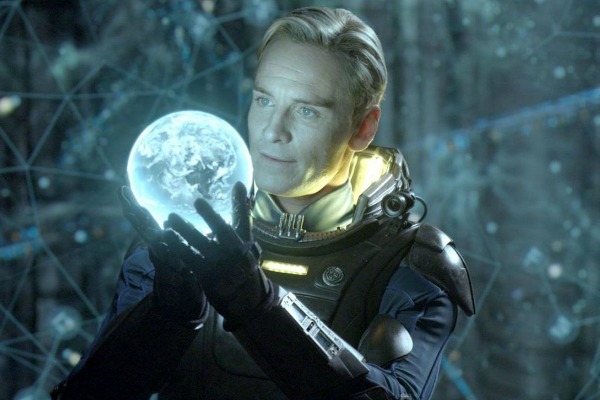 Prometheus was released in 2012, 33 years after Scott made the original slasher film in space, and during those three decades Alien had turned into the money making machine every studio dreams of: a franchise. After three sequels, spin off films, video-games, comic books, and more merchandise you can shake a facehugger at, Ridley Scott finally returns to the universe to make not a sequel, nor a prequel, but a film completely separate that just happens to take place in the same world.

This is a good place to just stop and think for a second: 33 years is a long time, and Alien is no longer just a mid-budget horror film. Its place in popular culture has expanded so far that you don’t need to even see the film to recognise it, and after James Cameron’s sequel Aliens (1986), many peoples perception of Alien is that very sequel. Especially with a younger audience, who instead grew up with  Alien vs. Predator and a complete saturation of both on-screen monsters. While if you look back at the original film you’ll find it’s a lot quieter than you might expect or remember. The Xenomorph is barely even shown. So when a new film dealing with the Alien franchise is released, the general rabble expect to see what they know and love: the Xenomorph.

But this isn’t Prometheus at all, and watching the making of documentary confirms that Scott wanted to do something different. Many conceptual designs of the creatures in Prometheus were changed by Scott because they looked too similar to his original film, and if you watch any interviews with the man himself he talks plainly about not wanting to make the same film again. 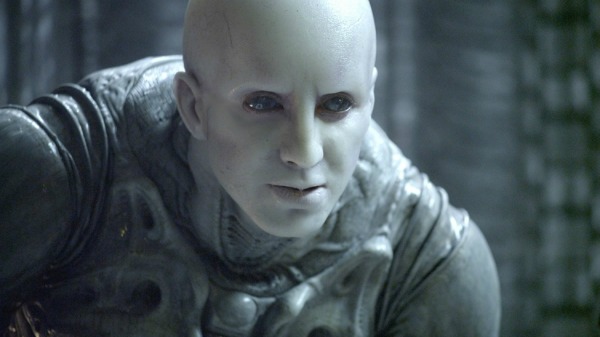 The problem with many fans of big franchises is that they put fan service before good storytelling. But Prometheus doesn’t indulge in serving fans: it’s concerned with it’s own story and nothing else, and so many of it’s quality’s go unrecognised. It has some superb Sci-Fi scenes: From its majestic opening depicting how life on earth started, to it’s final confrontation between humans and their makers: a scene that captures so much with a bewildered look from the alien engineer.

With all these big Sci-Fi themes contained inside Prometheus, it really does set itself apart from Scotts 1979 film, where the plot is very simplistic. Truly they are completely different films, and not what fans were expecting in 2012, hence the rather large backlash. It’s interesting to note that a good majority of film critics perceptions were a lot more positive, even one of the most respected critics to of ever lived Roger Ebert gave the film a glowing review saying “Ridley Scott’s Prometheus is a magnificent science-fiction film, all the more intriguing because it raises questions about the origin of human life and doesn’t have the answers. It’s in the classic tradition of golden age sci-fi, echoing Scott’s Alien (1979), but creating a world of its own. I’m a pushover for material like this; it’s a seamless blend of story, special effects and pitch-perfect casting.” Of course one critic doesn’t change or prove anything, but there does seem to be a big divide between those that call themselves ‘fans’, and people who just enjoy good movies.

People will always have different opinions about movies and that’s the way it should be, but even if you hate Prometheus and everything it does, the film should be recognised and respected for at least doing something new. Instead of another ‘seen it all before’ sequel, it succeeds in being a stand alone piece of work with new themes, new questions and a completely different tone. So looking towards Alien: Covenant, I’m worried that Scott has finally given in to the fans and just made a rehash of the original. That’s what I sense from the newest trailer at least. My only surviving hope is the connection to Prometheus with Michael Fassbender. I hope it’s a connection that can be felt through the DNA of the film, and not just on the surface. I guess we’ll all find out on May 19th and at least if my reservations turn into reality, here on the internet everyone can hear me scream.

Oliver is a Senior Reviewer for Review Avenue and has covered events such as Nottingham's Mayhem Festival and Manchester's Grimmfest for the site. He began writing for RA infrequently in 2014 before becoming a more permanent fixture at the start of 2017.
You might also like
AlienAliensFeatures

THX: What is it and how can it improve your Home Theatre experience?

by Sean Burton on August 7, 2019
In this sponsored post, the THX team are here to offer you an easy way to judge which equipment will do your favourite films justice with THX certification.
4.0

by The Movie Bastard on May 11, 2018
The Movie Bastard gives his reasons as to why he feels Alien: Covenant is a significant upgrade to Prometheus, but still dilutes a once great movie series.

by Sean Burton on October 23, 2015
We reveal the results of a recent poll of the top horror villains.
Comments
Leave a reply