On this episode, the daring duo of the RA Rapscallions Oliver and Sean come out and play with Walter Hill’s 1979 gang warfare picture The Warriors. We venture deep into trivia territory, barely making it out alive after a clobbering of Warriors facts including the real-life controversy it faced upon release, on-set feuds which broke apart the Warriors and changed the course of the film completely and we also somehow manage to get a Robot Wars comparison into the mix. Also, who will emerge victorious as the Warriors War Chief in the weekly podcast quiz?

Don’t forget to SUBSCRIBE/FOLLOW on these services to be the first to know when a new episode becomes available!

All The Warriors Sound Clips used courtesy of Paramount Pictures & Fandango Movie Clips. They can be found on YouTube.
The Simpsons clip used courtesy of 20th Century Fox and available on YouTube
In The City – Performed by Joe Walsh. Used courtesy of A&M Records. Available and obtained from YouTube.

All information correct at the time of recording (July 2020). 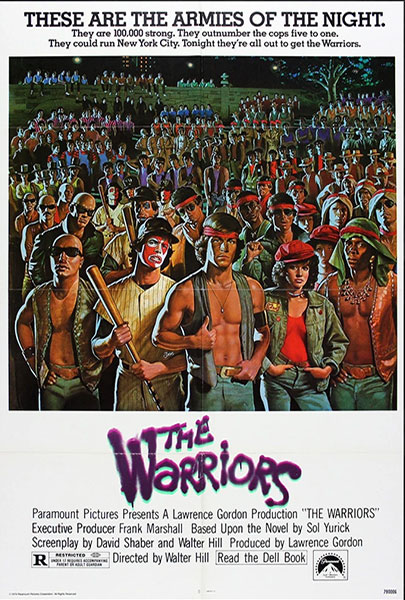 Creator. Owner. Maestro. CEO. That last one is probably a bit too much, but basically Sean is a rarity by being both the brains AND looks behind Review Avenue. Having established the site in 2010, he still can't believe people still value his opinion, with some even genuinely asking for it without laughing.
You might also like
Cultgang
7.0

by Sean Burton on October 16, 2019
Skinner is far from an essential entry in the genre, but enthusiastic performances from its two leads and some memorably gnarly gore make for a worthy unearthing from the vaults of obscurity.
8.0

by Sean Burton on July 4, 2019
Ari Aster's Midsommar dream is a psychedelic and sunbathed nightmare.
8.0

by Sean Burton on June 24, 2020
We take a look at other occasions where actors who would normally feel safe in one genre dipped their toes into the murky world of horrors or thrillers.
275

by Sean Burton on May 12, 2020
To celebrate the release of Scoob!, we take a look at Raja Gosnell's live-action Scooby-Doo and uncover some revealing trivia.
24131

by Oliver Woodings on May 10, 2020
The COVID-19 pandemic has had us sheltered within our own four walls for almost 2 months now, which can only mean one thing... You've exhausted Netflix's feeble film offerings so you're currently stuck binge-watching Zumbo's Just Desserts. It's ok, I've been there trust me. Now as much as I love the sight of that Aussie's shiny bald head, sometimes you want something with more lasting appeal than a strawberry panna cotta. That's why I'm here dusting off this unfinished [...]
1107

by Sean Burton on May 6, 2020
To celebrate the 20th Anniversary of the Final Destination franchise, we rate and analyse all five of the premonition sequences that set up each film.
207

by Sean Burton on September 6, 2019
With the release of IT: Chapter Two, we take a look at some more killer clowns that have traded the Big Top for the big screen.
434
Copyright © 2022 Review Avenue, All Rights Reserved.
Fonts by Google Fonts. Icons by Fontello. Full Credits here »