by Matthew Singleton on September 2, 2019
Reviews
52
0
previous article
Critters Attack!
next article
Fears of a Clown - 9 More Killer Clown Movies To Watch After IT: Chapter 2

The Melbourne International Film Festival (or MIFF) is one of the biggest and best festivals in the southern hemisphere. This year the two-and-a-half-week event ran from the 1st to the 8th of August and showcased movies from across the globe, from North America to Tibet, from Japan to Belgium.

Being positioned just a few months after the world’s biggest film festival Cannes also means that this Australian event is one of the first to screen lots of the favourites from the south of France. In this recap, we’ll take a look at two of these such movies, Cannes Jury Prize Winner Les Misérables and Ghost Tropic, along with the Joanna Hogg-helmed The Souvenir and American indie Sword of Trust. 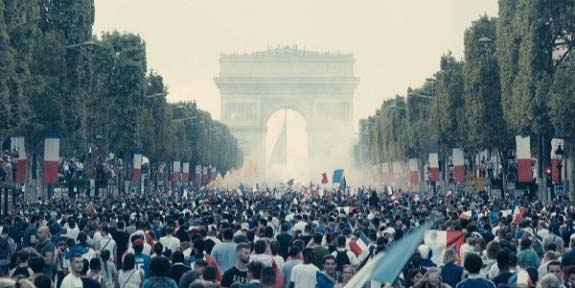 It’s a promising debut from an exciting talent, and it feels like a very important film for France right now. It’s just a shame that it never quite lives up to its potential. 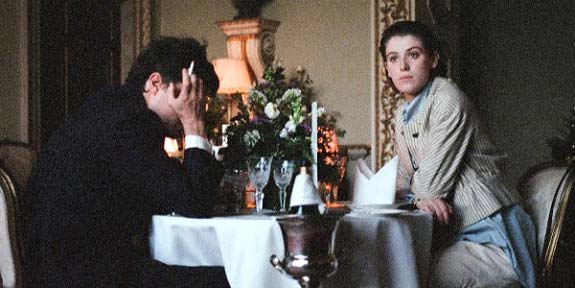 The Souvenir is a film that takes its time to seep under your skin. The relationship between Julie and Anthony develops slowly as each struggle with their own direction in life. Director Hogg demonstrates here that she is a master of the craft of film-making. Every shot in the film has a purpose and is beautifully framed. Much like the painting the film is named after, each shot is a masterpiece. Recurring themes and motifs are interwoven throughout the film, subtle yet revealing to the overall nature of Hogg’s vision. One such example is Hogg’s use of mirrors demonstrating, no doubt amongst other things, the duality inherent in Julie’s life and her ideal life, as well as the distorted and at times cracked nature of our protagonist’s relationships.

Speaking of Swinton Byrne, this is a star-making turn by the young actor. She is truly wonderful as the shy, at times conflicted, Julie finding her way in the world. Equally brilliant is her co-star Burke who can switch so expertly from charismatic to arrogant, honest to nasty. These two lead performances make the film the success it is. Tilda Swinton appears as Julie’s mother and is as brilliant as ever, whilst Richard Ayoade shows up briefly and is the pure definition of a scene stealer, infusing the scene with a sharp wit. However, this, at the end of the day, is Swinton Byrne’s film.

The film also has precisely selected soundtrack that does more than just remind you of fantastic songs, but actively plays a part in drawing you into Julie’s world. The Souvenir, with its great cast, stunning cinematography and music almost threatens to achieve masterpiece status.

However, the film is unfortunately a tad overlong. It hooks you, pulling you into this unique and captivating world of Julie’s for a solid hour. The film is firing on all cylinders with near perfection displayed both in front and behind the camera. In its final stretch however it loses some steam and whilst it remains gorgeously shot, it feels a little messy. It doesn’t quite stick the landing even after such pitch perfect build up. Perhaps this has something to do with the Hogg’s artistic process which promotes a heavily improvised script and even experimental editing, and therefore lends itself to great moments of honesty and realism, but also uncertainty and plateaus. A trim to the ending could’ve resulted in something truly unforgettable and unique, instead it is just a film that is very very good.

Matt is a film critic from sunny Manchester, UK. He will happily watch the newest blockbuster or arthouse movie but either way having Ryan Gosling or Greta Gerwig in it is a definite plus for him. He has written for sites such as Film Inquiry and TiCGN and in his spare time he writes fiction and hosts the podcast, Idiots Talk History.
You might also like
A24CannesReviews
7.0