A lawyer travels to a small seaside town to settle the estate of a recently deceased woman, but soon becomes ensnared in something much more sinister.

The Woman in Black started as a 1983 horror novel by the prolific writer Susan Hill, and you’d be forgiven in thinking it was written much earlier. The novel is a successful little chiller that feels very Victorian. The plot concerns a mysterious spectre that haunts a small coastal town in England, and more specifically the young lawyer tasked with settling the estate of a recently deceased occupant of the isolated Eel Marsh house. The book has been adapted many times over the years. A stage play has been running on Londons West End since 1987 and often tours the country’s theatres. It’s notable for impressively having only two actors (three if you count the titular woman in black) playing all of the roles in the story. Two radio dramas have been produced in 1993 and 2004 respectively, and perhaps most famously, Daniel Radcliffe starred in the 2012 film (which also had a sequel) adaptation written by Jane Goldman. The adaptation that seems most forgotten, however, is the one I’m going to talk about today: the 1989 TV film version directed by Herbert Wise.

1989s The Woman in Black premiered on Christmas Eve for ITV and became a surprise hit for the channel but quickly faded away into obscurity. Home releases have been few and far between, so it’s an absolute delight that Network has restored this long out-of-print film on Blu Ray. Having already read the original book and seen both the stage play and 2012 film, this TV version is an interesting oddity. It is perhaps the most faithful adaptation to the original book despite some odd changes. The protagonist Arthur Kipps has his name bizarrely changed to Arthur Kidd here, and Spider the dog is changed from a female to a male. The ending is also much bleaker in this TV version, much like the 2012 film. But despite those changes, tonally it stays true to the novel more than any other adaptation.

You may think this accuracy is a positive, the book being an entertaining and spooky story after all. However, I think it works more as a detriment to the film. The slower pace of the book does not transition smoothly to the small screen. Where the book can draw upon Arthur’s thoughts and feelings whilst he explores the creepy Eel Marsh House alone, the TV movie slips into a series of scenes involving a lot of tedious walking around, looking through drawers and cupboards. This is something the 2012 film avoided by creating a much more aggressive, fast-paced horror film as narration wasn’t possible. It doesn’t reflect the original story as accurately sure, but for the medium of film, that approach works much better.

That’s not to say this 1989 version has nothing to offer. On the contrary. When it does decide to throw the scares your way it succeeds immensely. The film also builds mood and tension fairly well, and I specifically appreciated how well the geography of the house and town was laid out. The sense of location is something handled much better here than the 2012 version. Performances are good all around, with Arthur being played by fellow Stoke-on-Trent born actor Adrian Rawlings, who interestingly would go on to play Daniel Radcliffe’s father in the Harry Potter films. People familiar with British television will likely see other familiar faces. William Simons from TV soap Heartbeat plays the sharp-tongued pony and trap driver Keckwick and David Ryall plays the rude and cowardly Sweetman, who sends Arthur on his perilous journey. As you may expect, these experienced character actors are all a natural fit for such a story. They feel altogether more authentic than the cast of the remake, although I would argue Daniel Radcliffe does bring more charisma to the role of Arthur.

Those who witnessed The Woman in Black as it aired back on Christmas Eve in 1989 will no doubt be thrilled about this rerelease. I can understand having a soft spot or being nostalgic about such a film. For many, it was their first experience with the story and arguably the best. It sticks closely to the pace and tone of the book, providing a satisfactory visual adaptation. If like me, however, you’ve seen and read the other incarnations of The Woman in Black before this, the film falls somewhat short and fails to draw upon the greatest strengths of the visual medium.

The Woman in Black is being released for the first time on Blu Ray through Network releases on 10th August 2020 and is available to order from Network. 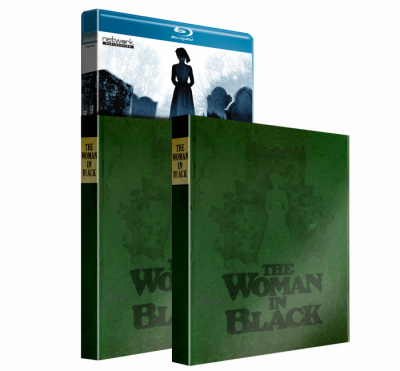 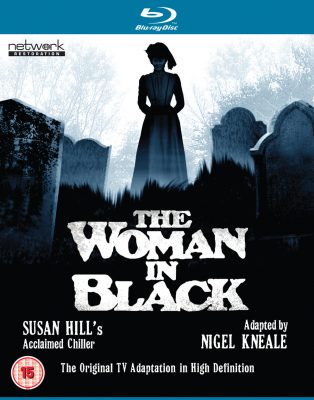 Faithful adaptation from the book
Filled with wonderful character actors

This early adaptation of The Woman in Black may hold cherished memories for those who saw it when it aired, but for those who weren't there, it just won't be the same.

Oliver is a Senior Reviewer for Review Avenue and has covered events such as Nottingham's Mayhem Festival and Manchester's Grimmfest for the site. He began writing for RA infrequently in 2014 before becoming a more permanent fixture at the start of 2017.
You might also like
TV MovieReviews
5.0

by Sean Burton on August 28, 2019
Critters Attack! nips at the heels of its few positive aspects instead of going for the jugular, but there are just enough bite-sized moments of fun to recommend it for a midnight movie marathon.
Comments
Leave a reply