The Horror Movie Guide to Parenting

Teach Them To Use Inside Voices

As Seen In: The Quiet Place

If your kid is shouting at a head-rattling volume or screaming the place down, the “inside voice” is one of the most important tools in a parent’s arsenal. Not all kids grasp the concept so easily however, but nothing will terrify them into shutting up like the threat of alien monsters that gobble people up at the slightest noise. Chuck out the old Father Christmas and Tooth Fairy stories in favour of this one and you’ll have non-stop peace and quiet.

Don’t Let Them Fall In With The Wrong Crowd

As Seen In: The Shining

Every child needs friends. Without a playmate, your kid will go round and round and round (on a tricycle through the corridors of a haunted hotel, most likely) bored out their tiny mind. But it’s a parent’s duty to make sure they make good friends – not the kind of ne’er-do-well who’s going to lead your kid astray. In other words, if they come home with two ghoul-like identical twins saying, “Come with play with us… forever and ever and ever” slam the door in their faces and never let your child out of your sight again.

As Seen In: The Omen

Creativity is key to any child’s development, so you should try and harness it. Activities can include painting, building toys, or make-believe play. Some children, especially those called Damien (which is asking for trouble), may even show an aptitude for murdering your friends and family and then making it look like an accident – such as random hangings or skewering the vicar with the church steeple.

Get A Reliable Child Minder

As Seen In: Hereditary

When you need the kids looking after, who do you turn to? An older sibling could be option – which is all good and well until they accidentally decapitate the little ‘un. A grandparent is perhaps a more responsible choice perhaps. Although they might turn out to be the leader of an evil cult that’s using your kids as a vessel for the spirit of a centuries-old demon. Do yourself – and the soul of your child – a favour and get professional babysitter in. 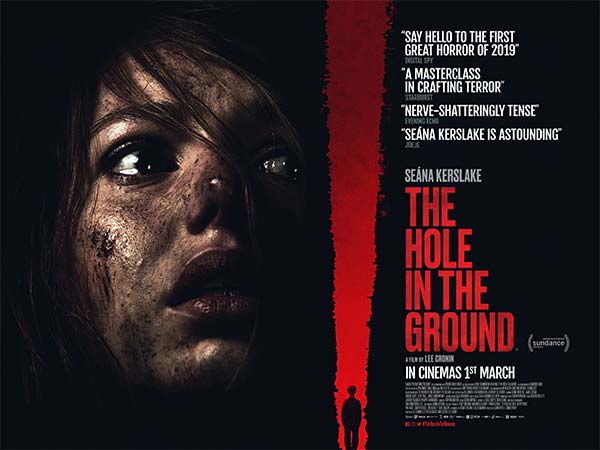 Creator. Owner. Maestro. CEO. That last one is probably a bit too much, but basically Sean is a rarity by being both the brains AND looks behind Review Avenue. Having established the site in 2010, he still can't believe people still value his opinion, with some even genuinely asking for it without laughing.
You might also like
HorrorListsEditorials

by Sean Burton on May 6, 2020
To celebrate the 20th Anniversary of the Final Destination franchise, we rate and analyse all five of the premonition sequences that set up each film.
6.0

by Sean Burton on October 14, 2019
Not the classic it should have been, especially with the participation of horror legend George A. Romero
6.0

by Sean Burton on March 16, 2019
The Prodigy provides a new babyface of fear in Miles, but his actions aren't that of a genius - it plays as more of an affectionate plagiariser that uses fancy coloured pens in an attempt to mask and copy the work of its countless influences.

by Sean Burton on March 6, 2019
Here's our picks of what stood out in the cinematic year of 2018 as we hand out the coveted and completely non-existent RAFTA trophies.
7.0

by Oliver Woodings on February 17, 2019
For horror fans looking for something a little different, Piercing could be your new cult hit, as long as you're somewhat prepared to see some nasty imagery. Its absurd nature will certainly divide many, but by that logic, it's easy to recommend.
6.0

by Sean Burton on February 14, 2019
Happy Death Day 2U ditches its 90's slasher sensibilites that made the first memorable for a more comedic sci-fi approach to unsatisfying results.
Comments
Leave a reply

by Oliver Woodings on May 1, 2020
Despite the film's weirdness, I couldn't keep my eyes off it. It somehow all works, which is something I don't entirely understand. Perhaps it's in part due to Plummer and Reeves terrific performances, the artful photography by Seamus McGarvey, or how Butterfly Kiss successfully asks the viewer to involve themself in such deplorable characters.
131
7.0

by Oliver Woodings on May 6, 2020
Despite the unavoidable struggles of anthology films, Kwaidan more than makes up for it with visual artistry. The hand-painted, impressionistic backdrops are worth seeing the film for alone. They capture the folkloric essence that presides over all of Kwaidan so perfectly whilst never distracting you away from story or characters.
123
6.0

by Sean Burton on April 29, 2020
A THORoughly solid step forward for Hemsworth, Extraction provides an action-packed distraction in a Post-Thanos World.
26
6.0

by Sean Burton on May 4, 2020
Dangerous Lies is a safe bet for a familiar Made-For-TV thriller featuring likeable leads and juicy but predictable revelations.
14
6.0

by Sean Burton on May 22, 2020
Thanks to its two likeable leads, The Lovebirds almost flies high but is caged by its unremarkable murder mystery.
11
Latest Basement Additions
6.0

by Sean Burton on October 3, 2019
Fans of anthology horrors such as Creepshow and Tales From The Crypt will find much to enjoy in their 90 minute stay at Blackmore's lodge.
76
5.0

by Sean Burton on September 7, 2019
This book-ending of King's mammoth novel further proves that some stories should remain on printed pages for the reader to envisage.
32
5.0

by Sean Burton on August 28, 2019
Critters Attack! nips at the heels of its few positive aspects instead of going for the jugular, but there are just enough bite-sized moments of fun to recommend it for a midnight movie marathon.
34
5.0

by Sean Burton on July 11, 2019
Demonic doll Annabelle may have come home, but it's not a return worth celebrating.
52
TOP 10 All Time
1
Edge of Fear
2
The Party’s Just Beginning
3
Robin Hood: The Rebellion
4
All The Devil’s Men
5
Detainment
6
Your Move
7
Escape Room
8
Ring: 20th Anniversary Review
9
Scream For Me Sarajevo
10
The Resistance Banker
Copyright © 2020 Review Avenue, All Rights Reserved.
Fonts by Google Fonts. Icons by Fontello. Full Credits here »