In this episode, we’ll be casting a light on Steven Spielberg’s contemporary take of the H.G. Wells alien invasion story War of the Worlds. Released in the UK on 1st July 2005, it celebrates its 15th Anniversary in 2020.

We’d love to hear your thoughts on the episode and of the film itself. You can:
*Send your emails to streetlight@review-avenue.co.uk,
*Message us on Facebook or
*tweet us @review_avenue.

Buy War of the Worlds on Amazon UK, YouTube Movies, Google Play, iTunes  & Sky Store.
War of the Worlds IMDb Page
Nuking The Fridge: A Look Back at Indiana Jones and the Kingdom of the Crystal Skull 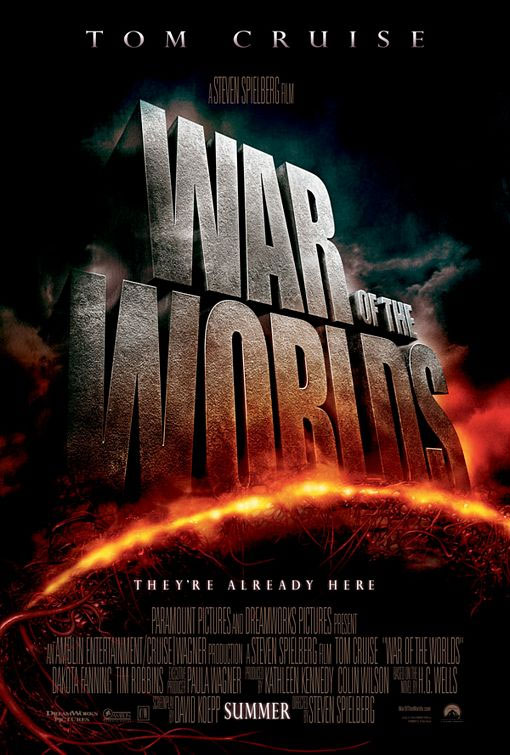 Creator. Owner. Maestro. CEO. That last one is probably a bit too much, but basically Sean is a rarity by being both the brains AND looks behind Review Avenue. Having established the site in 2010, he still can't believe people still value his opinion, with some even genuinely asking for it without laughing.
You might also like
Dakota Fanningsci-fi
8.0

by Oliver Woodings on August 20, 2019
Once Upon a Time In Hollywood is a film made with exceptional craft and a deep sense of passion. It's a surprisingly mournful film one minute and a characteristically silly film the next, juggling a dozen different emotions, subjects, and themes... and almost catching them all.
Comments
Leave a reply

by Sean Burton on June 24, 2020
We take a look at other occasions where actors who would normally feel safe in one genre dipped their toes into the murky world of horrors or thrillers.
266

by Sean Burton on May 12, 2020
To celebrate the release of Scoob!, we take a look at Raja Gosnell's live-action Scooby-Doo and uncover some revealing trivia.
23551

by Oliver Woodings on May 10, 2020
The COVID-19 pandemic has had us sheltered within our own four walls for almost 2 months now, which can only mean one thing... You've exhausted Netflix's feeble film offerings so you're currently stuck binge-watching Zumbo's Just Desserts. It's ok, I've been there trust me. Now as much as I love the sight of that Aussie's shiny bald head, sometimes you want something with more lasting appeal than a strawberry panna cotta. That's why I'm here dusting off this unfinished [...]
1105

by Sean Burton on May 6, 2020
To celebrate the 20th Anniversary of the Final Destination franchise, we rate and analyse all five of the premonition sequences that set up each film.
204

by Sean Burton on September 6, 2019
With the release of IT: Chapter Two, we take a look at some more killer clowns that have traded the Big Top for the big screen.
408
Copyright © 2022 Review Avenue, All Rights Reserved.
Fonts by Google Fonts. Icons by Fontello. Full Credits here »